Sanjay Kapoor have a beautiful daughter, Shanaya Kapoor. Shanaya Kapoor is still a teenager but she is very stylish and fashionable like her elder cousin sister Sonam Kapoor.

She is the friend of Shahrukh Khan‘s Daughter Suhana Khan and Sridevi‘s daughter Jhanvi Kapoor.

Shanaya belongs to a very famous bollywood family but her mother Maheep Kapoor wants her to stay away from the limelight for now. Shanaya with her Girl Gang. 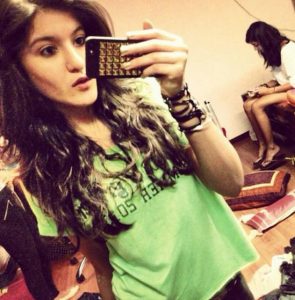