Cricketer Mohammed Shami trolled again my muslim fanatics on facebook for posting a picture of his wife Hasin Jahan and his daughter Aairah. Below is the picture which hurt the sentiments of narrow minded muslims. Strange ? I did not find anything wrong with this picture but the people who thinks that a women have no right to freedom have written man hate comments on Shami’s profile.

Have a look at some of the comments below.

Syed Umer is preaching Shami to take an example from Hashim Amla and lead life according to it.

Mujahid Shaikh is another fanatic muslim. See his arrogant comment. 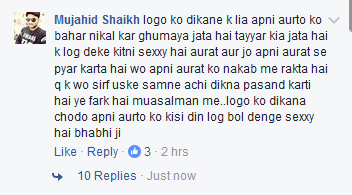 Umar Awais for your kind information Islam is unpopular because of muslims like you. 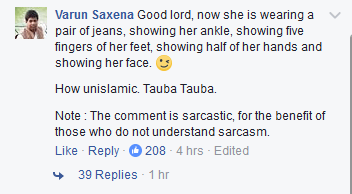 Do you think there is anything wrong with the dress of Mohammed Shami’s Wife ? Please post your comments.