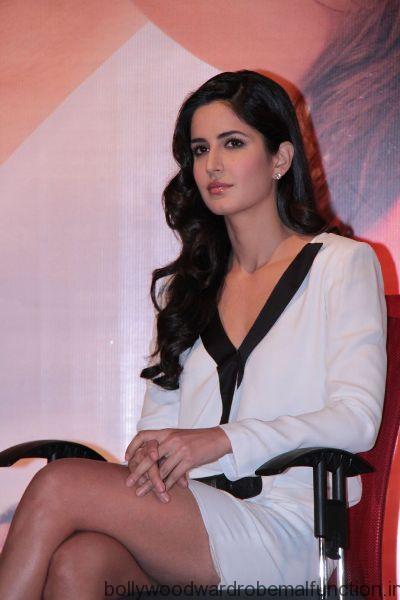 The very gorgeous and stunning Katrina Kaif recently suffered a shocking malfunction at the event of Jab Tak Hai Jaan. The actress unknowingly flaunted her panty during a press conference of her upcoming film, which was held in Mumbai on Monday October 29, 2012. She suffered this oops moment while sitting on a chair with her mini-dress.
Katrina, who was wearing a short white Jay Ahr dress, accidentally ended up exposing her innerwear during an off-guard moment. She graced the event in the company of her co-stars in the film, Shahrukh Khan and Anushka Sharma.

Well this is certainly not the very first time that the actress had suffered such a malfunction. Earlier Katrina was again snapped by the shutterbugs when she accidently flashed her panty during the shooting of her blockbuster movie ‘Ek Tha Tiger’ with her ex-boyfriend Salman Khan in Dublin.