The Bollywood babe and Babuji item girl Yana Gupta suddenly came in highlight after her famous wardrobe malfunction flashed out recently. This happened when Yana Gupta attended an event this weekend which was organized by an international Children’s charity show. Yana Gupta was wearing a black dress during the event and by surprise it was discovered that she was not wearing any inner wear. She tried her best to cover her private part with some unusual pose but she couldn’t hide from the camera and the damage have been already done. Though at first Yana was not ready to give any photos when she came from her car but later the photographers discovered something special.

Apart from giving onlookers an eyeful of her cleavage, Yana also revealed more than what she intended to as she ended up flashing her private body parts at a recent charity event in Mumbai. Dressed in a short black dress, Yana was spotted making some weird poses for damage control during her ‘panty less’ outing at the event. 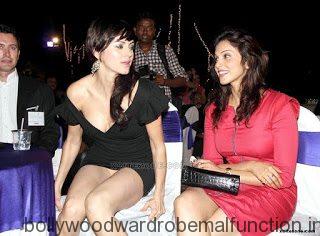 Though before also some Hollywood stars like Britney spears and Paris Hilton were caught in the public without their inner wear but with the Bollywood stars it’s not happening often. Though last year Shamita Shetty was caught in the same way in front of the camera. Yana Gupta was not seen in the Bollywood world for quite a time but now her wardrobe malfunction refreshed her presence among her fans circle and many critics pointed out that the act may be purposely done to gain some attention. May she get some more contracts now. 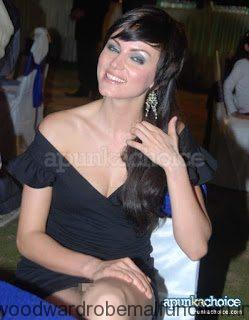 When the photos of Yana Gupta sans underwear first hit the net, many might have thought that it was just another morphed one. But this time, it’s for real. The girl herself has come out in the open and confirmed boldly that she indeed didn’t wear panties.

Explaining why she didn’t wear underwear: Yana said that she decided to do away with panties, as it keep getting stuck in her ass while practicing dance moves. So, she packed up her things in the morning itself so that she could leave for the charity event straight from the dance floor, as she had no time to go home. However, she forgot to pack her panties. She added that she did try to find cover her private part by pulling her short black dress but the photographers managed to take her pictures.

However, this news made the internet go wild and her pictures were viral.

The actress went on to say that she had no clue that she had been photographed without her underwear. But she is not one to cry over the wardrobe malfunction. Instead, she said that it was the funniest day of her life and warned guys not to look at her panty less photos.